Crazy Things Celebrities Bought and the Crazy Prices They Paid For

When money does not seem to be in question, our wildest dreams actually have a chance of coming true. While the everyday Joe does his best to make ends meet from month to month, some people just have too much money on their hands. Even with financial advisors and with all the properties in place, our celebrities still have a little more extra to spare. They end up buying the most random items with the craziest prices. Some would argue that the items may be overpriced, but when you’ve got skyrocketing net worths to begin with, who’s to care how you shop? Below, we’ve got some of the craziest celebrity buys that will make you raise an eyebrow.

Beyonce may be a diva in her own right but she is also one of the celebrities who just throw cash in the air especially for anything sparkly. In one of her performances, she has been reported to have worn a pair of gold leggings that were purchased for $100,000! On top of this, she apparently really loves all things sparkly as she also made an investment in diamond-encrusted shoes. She bought House of Borgezie’s Princess Constellation glass and diamond heels for $311,000. No wonder she shines. She just loves all things shiny. Even her dolls have to be adorned with glitter as well. She bought a Barbie doll for $85,000 because the doll had on diamond earrings and other diamond jewelry. Diamonds really are a girl’s best friend. 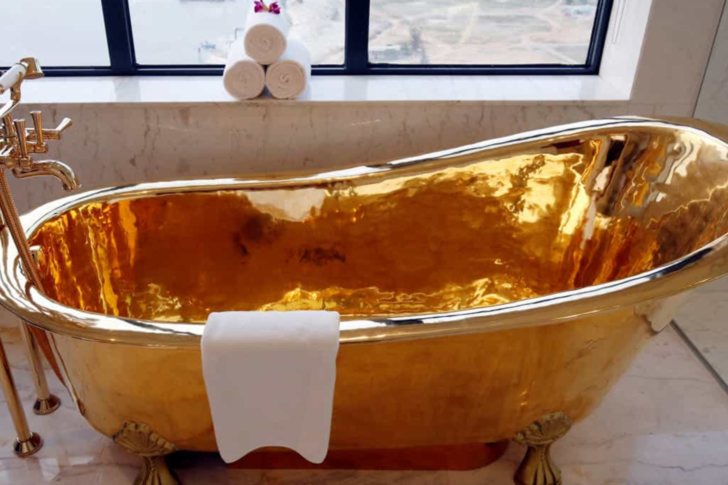 Speaking of all things shiny, Beyonce isn’t the only one attracted to sparkles and glitter. These males are in love with it as well. Mike Tyson has a bathtub that is made of solid gold. He bought the item for $2.3 million. Donald Trump, on the other hand, has a private jet, but not just the ordinary kind. His jet has its sink and seatbelts plated with 24-karat gold, nothing less. He purchased this jet for $100 million. 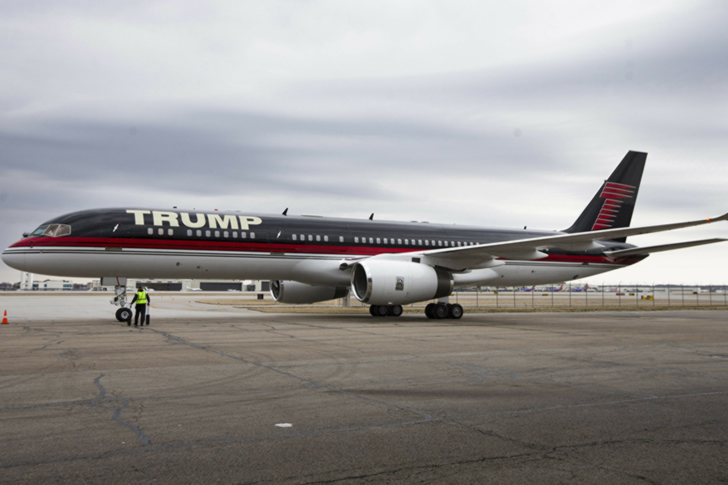 Akon, though, wins because he owns his very own diamond mine, and though we’re not aware of its exact price, we all know that an entire mine must be super expensive. We wonder if they have golden insurance plans that come with these acquisitions.

Some celebrities want animals, too, so why not buy the best breeds? Except the prettiest cat breed isn’t enough for Mike Tyson because he purchased not one but two white Bengal Tigers. He had to shell out $150,000 for them! Jay-Z, on the other hand, wanted a pet with a reputation so he made an investment to buy a popular race-horse for $55 million! How expensive are these pets?

While others buy animals, other celebrities buy little habitats for animals. Paris Hilton had a dog house made for her furry babies. When we say dog house, though, we mean an entire house for her dog. For $325,000, a dog house fully-furnished from flooring to roofing with designer furniture that’s dog-sized, heating and air-conditioning, and even fixtures like a chandelier and some moldings. What a lavish dog!

On the other hand, Michale Vick bought a fish pond! We don’t know why but he got it for $85,000. Kim Basinger, though, purchased her own town for $20 million. We have no idea what’s going on anymore.

For those who are content with their own homes, they decided to do some home improvement instead – except the improvements are a little too extra. Tom Cruise bought a sonogram machine for Katie Holmes when she was pregnant. They didn’t want to go to a hospital for check-ups, probably. Celine Dion acquired something that’s a little too much as well. She bought a humidifier that was priced at $2 million. We know she has a lot of money but did her financial advisors actually agree to this?

Turning the notch a degree more normal, people who have some money to spare splurge on their hobbies or items they love, though some celebrities like to spend them on more expensive hobbies. Chad Johnson may like cars, but when he bought his super truck for $100,000 – we wondered why it was so expensive. Meanwhile, Tinie Tempah agreed to pay $37,500 for a pair of Nike Air MAG shoes. Miley Cyrus bought hair extensions for $24,000 but we don’t know when or where she uses them though. Nicolas Cage loves comic books and his collection amounts up to $1.6 million. These stars really do have everything.

We’d like to end with the three most questionable buys on the list. The following really made us think that these celebrities really are just throwing their cash away. Bono bought a plane ticket for his hat. He paid $1,700 for the hat that he could have just easily worn to first class. Lady Gaga acquired a ghost detector and paid $50,000 for the machine! The final crazy investment is Nicolas Cage’s dinosaur skull which he got for $276,000.

Based on materials from Scoop Whoop