Award Show Bits That Made You Embarrassed For Them

We know that celebrity life is something we all dream about. It’s glitzy and luxurious. The fame-laden career always brings the public on their tiptoes when it comes to grand affairs like award shows. This is where the actors and actresses and all the film and TV show makers come together and celebrate their craft and earn their accolades. All the investments that they put in making their year’s worth of blood, sweat, and tears culminate on this occasion. They come dressed in their best and ready to face the press and all their colleagues. You would think that such a big night would run smoothly, but that is not always the case. We’ve whipped up some of the most awkward bloopers in modern award show history that make you embarrassed to be watching them.

Remember when Kanye wanted Beyonce to win so bad? 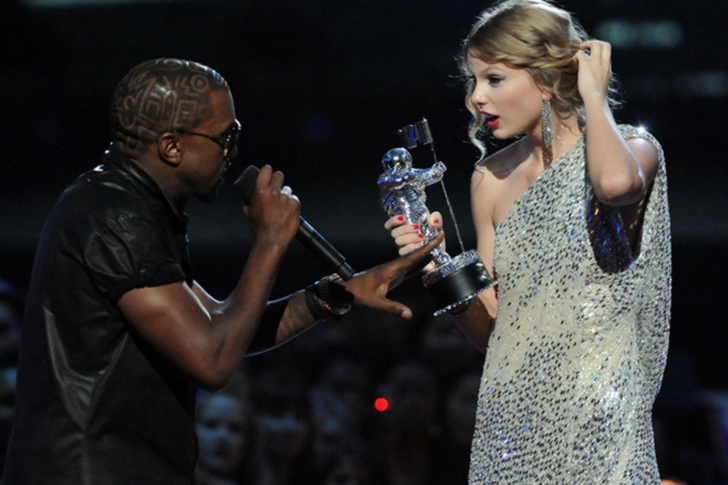 The famous Kanye West and Taylor Swift scandal in the 2009 MTV Music Video Awards is our first pick. Taylor was pretty young back then and winning the award of Best Female Video is something that she was dubiously proud of. When her name was called, she excitedly got up on stage to receive her trophy but Kanye disagreed with her winning to the degree of going up the stage uninvited, taking the microphone from the singer, and talking about how Beyonce should have won the award. 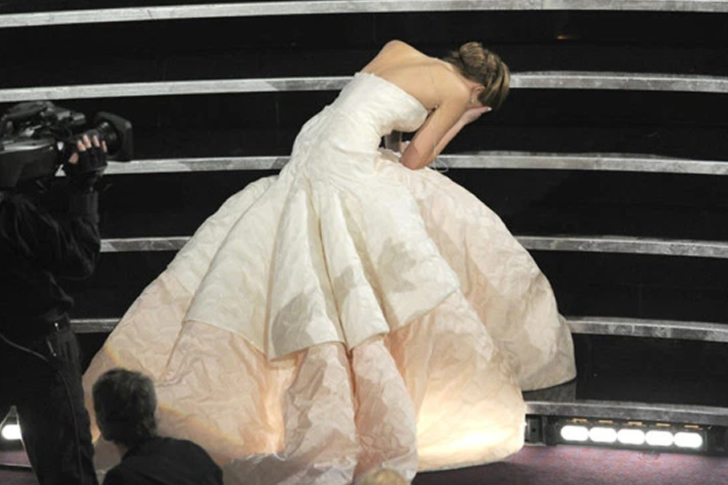 Jennifer Lawrence, though hailed as one of Hollywood’s best actresses nowadays, is not given credit for being one of the most graceful people. When she won her award for Best Actress in 2013, she stood up and glided toward the stage. Her dress was beautiful. She was beautiful. But then, she met the stairs and fell. Though it was seriously an embarrassing moment, the Hunger Games star laughed it off in her speech.

Remember when Melanie Griffith did not approve of 50 Shades of Grey?

50 Shades of Grey star Dakota Johnson is the daughter of the legendary actress Melanie Griffith. Although she’s a proud stage mother, she might not be so proud of Dakota’s performance in the lewd movies. During the Academy Awards in 2015, Dakota and Melanie walked the red carpet together and when the press approached them, one asked if Melanie had seen the movies. Let’s just say that the question was dismissed and everything from that point on was tense. There’s real mother-daughter electricity going on there. We hope they still had a good evening! 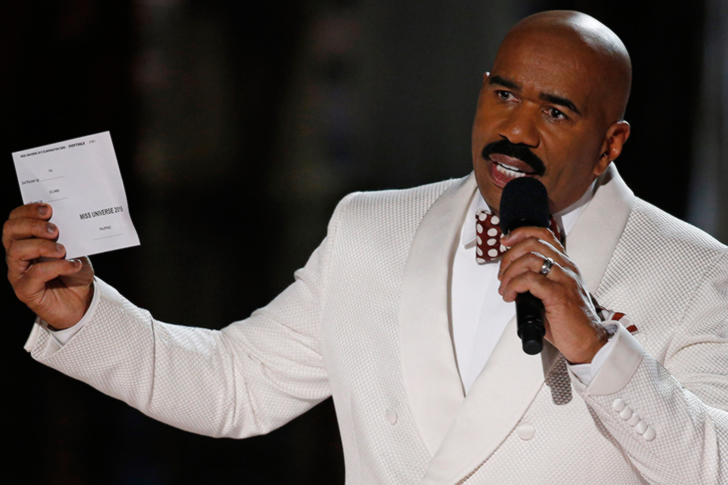 Steve Harvey may be one of the most famous hosts in the entire planet, but even he can make mistakes. His popular blooper in Miss Universe 2015 made quite the stir. The entire show was great. The whole thing was smooth up until the point where he was going to announce the next Ms. Universe. The two contestants up for the title were Ms. Colombia and Ms. Philippines. Steve announced that the former had won the crown and the crowd cheered. After a few minutes, however, he took it back and said that the latter had actually won the title. He probably needed a lawyer after that.

Taylor Swift has made a name for herself in the music industry over the years. She is also an award-winning singer so it would not be a surprise if she gets another Grammy. However, in 2014, her album Red was nominated as Best Album and she was so proud to the degree that when Alicia Keys announced that the album title started with the letter “R,” she and her team thought it was them. They started reveling in their triumph… except that they didn’t actually win.

Based on materials from Breakin Ball